The experience of our group at the University of Barcelona (IEEC – ICCUB) in the space sector begins with the satellite Hipparcos (1989-1993). Our group has contributed since its inception in the concept of the Gaia mission and design. Our team has a major role in the development of the simulations, the initial processing and photometric data from the mission.

The team consists of around 25 people, including scientists and engineers, ranging from software development to data management, as its monitoring and scientific validation. The Data Processing Center of Barcelona also led by our team, coordinates the operation of the heaviest part of the reduction of operational data in the Marenostrum (Barcelona Supercomputing Center BSC-CNS) and CSUC. 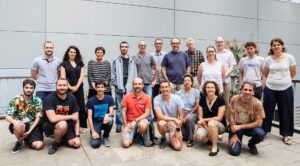