Home » Our Team in the Media

Posted by Lola Balaguer on Mar 6, 2019 in blog, Our Team in the Media, Slider | Comments Off on The article “El primer mapa 3D de la Vía Láctea” published in the Spanish version of Scientific American 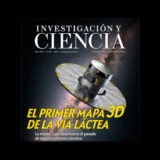 Gaia detects a shake in the Milky Way

Posted by Dani Molina on Nov 19, 2018 in Discoveries, Hot Topics, News, Our Team in the Media, Slider | Comments Off on Gaia detects a shake in the Milky Way

Image: The spiral shape of fig 1c of our article appears inside an old watch symbolising the fact that these data has allowed us to date back the perturbation that shook the Milky Way disk. This figure shows how from the new obtained Gaia data we can know more about the past of the Galaxy.   Credit: Edmon de Haro/iStock.   Researchers of the UB and the University of Groningen lead one of the first big discoveries from the Gaia Mission, published in Nature A team led by researchers from the Institute of Cosmos Sciences of the University of Barcelona (ICCUB, UB-IEEC) and the...

Posted by Lola Balaguer on Apr 20, 2018 in blog, News, Our Team in the Media | Comments Off on Gaia Second Data Release Event in Barcelona.

[UPDATED] See the event video here or at our YouTube channel On Wednesday 25 April 2018, the European Space Agency (ESA) publish the second data release of the Gaia mission. The team of researchers from the Universitat de Barcelona (ICCUB/IEEC) organises an event open to the general public in the Faculty of Physics (Av. Diagonal 647, Barcelona) where the new data will be presented and the new era in astronomy that it begins will be described. Gaia: a billion stars in movement Gaia Second Data Release Event Aula Magna Enric Casasses, Facultad de Física, Universitat de Barcelona Wednesday 25...

Posted by Lola Balaguer on Apr 20, 2018 in blog, Hot Topics, News, Our Team in the Media | Comments Off on Gaia tops one trillion observations

On 14 April 2018, about 10 days before the second Gaia Data Release, the spacecraft and daily data processing systems have reached yet another stunning milestone: the number of star transits has reached 100 billion! The Gaia satellite has two telescopes pointing to two regions of the sky separated by 106.5 degrees. The satellite spins at a rate of 6 hours per revolution with the two telescopes scanning a great circle and the stars continuously transiting the focal plane. Every day, Gaia instruments record about 70 million transits. A full transit includes an observation in the sky mapper (to... 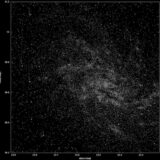 Gaia’s snapshot of another galaxy Link: http://sci.esa.int/gaia/59023-gaia-s-snapshot-of-another-galaxy/ While compiling an unprecedented census of one billion stars in our Galaxy, ESA’s Gaia mission is also surveying stars beyond our Milky Way. A new image of M33, also known as the Triangulum galaxy, shows tens of thousands of stars detected by Gaia, including a small stellar census in its star-forming region NGC 604. This is a striking example of the mission’s potential to detect and characterise stars in nearby galaxies. Gaia’s view of the M33 galaxy. Credit:... 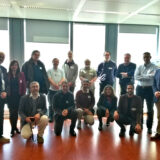 Final GENIUS meeting in Brussels Last April 19 the final review meeting of GENIUS (http://genius-euproject.eu/) took place at the Research Executive Agency (EC) in Brussels. After explaining all the achievements and success of the project, designed to boost the impact of Gaia, the team formed by 13 nodes in 9 countries received warm congratulations from the reviewer and the Project Officer. “GENIUS has opened the box of Gaia” in the words of the reviewer.